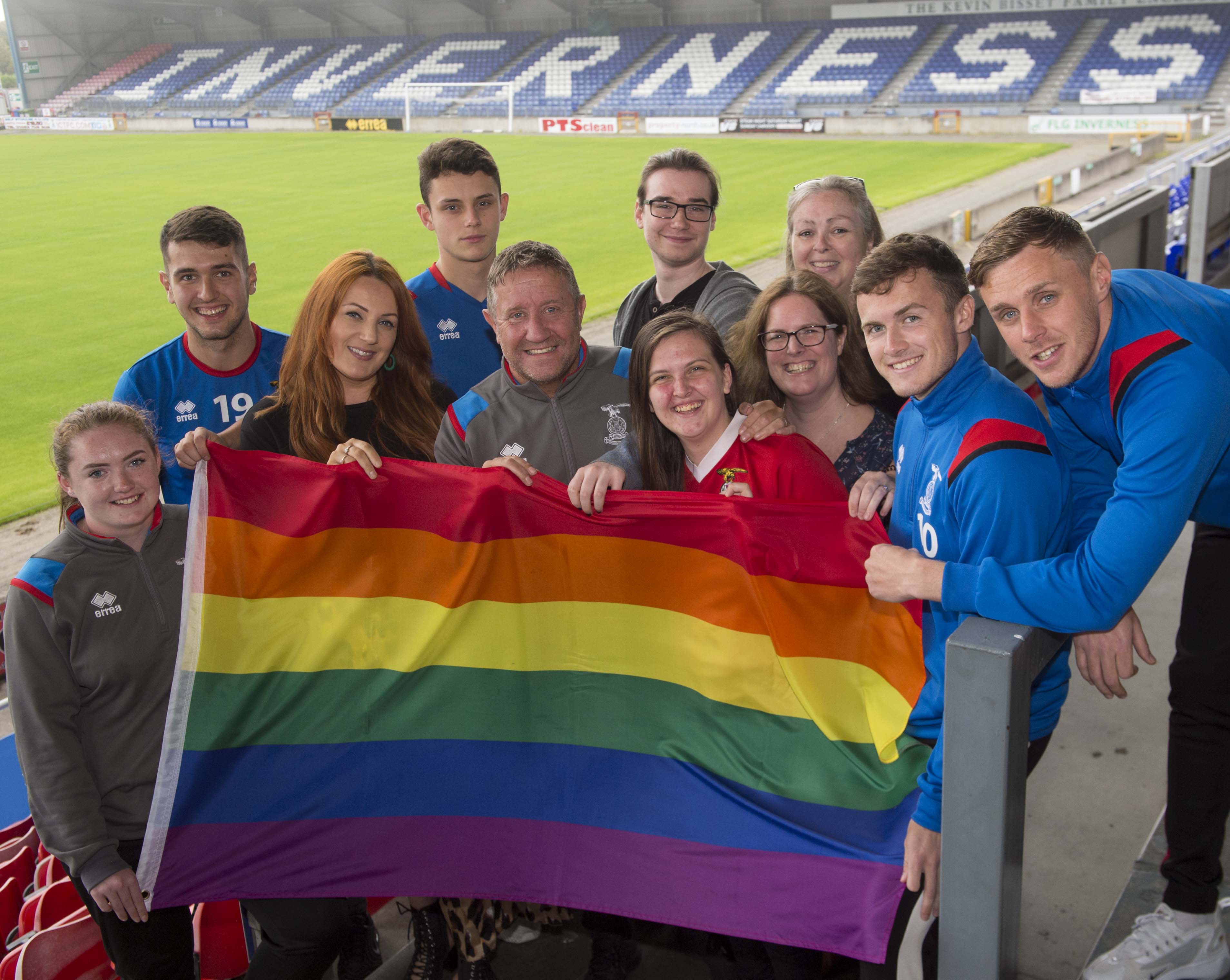 Proud Ness organisers have announced a brand new partnership with Inverness Caledonian Thistle Football Club ahead of this year’s event due to take place at Bught Park on Sunday 21st July by signing them up as the first official LGBT+ Community Ally.

Caley Jags will also have a stand in the Proud Ness Clan Village with Lionel Nessie and Manager John Robertson, plus other club staff in attendance, to launch the club’s first ever Official LGBT+ fans group.

Inverness Caledonian Thistle Football Club CEO Scot Gardiner said: “As we all know, football can be a very powerful tool to help fight all forms of discrimination.”

“It is a global, universal language so no matter what your sexuality, religion, race, background or gender is, kicking a ball about in the park or watching your team play in person helps put everyone on a level playing field. We were all aware of the joy last year’s Proud Ness brought to the city and had we not been approached, I would almost certainly have been contacting the organisers to see how we could support this year’s event. We are delighted to be the first official LGBT+ Community Ally.”

“Now that we are going to have a presence, it makes perfect sense to take the opportunity to launch our Official Inverness Caley Thistle FC LGBT + Supporters Group and we are looking forward to an amazing day and the support we intend to give in the following months.”

The club will also fly the pride flag during Proud Ness weekend, which also coincides with a home game at Caledonian Stadium against Raith Rovers.

Proud Ness Chair Jess Taylor said “We are absolutely delighted to sign Inverness Caledonian Thistle Football Club up as our first official LGBT+ Community Ally! It shows a commitment from the club that they will not accept any form of discrimination. Flying the pride flag during Proud Ness weekend really cements the club’s support, particularly as it falls over a match day with thousands of attendees.

“The club have made a fantastic offer that any football fans attending Proud Ness can sign up to the new Caley Jags LGBT+ Supporters Club and receive a free pair of tickets for the first league match this season! We look forward to strengthening our relationship with the club in the future.”

The final touches are being put in place for this year’s LGBT+ pride event and Proud Ness Chair Jess Taylor said: “it’s going to be a bumper of an event! Working in collaboration with The Highland Council, we’ve really up-scaled the event this year, being held at Bught Park, plus we’ve added an after party at Under Canvas-Eden Court and a late night party at Revolution Bar. We can’t wait to share what we’ve been working on all these months with pride attendees…it’s going to be amazing!”

For more information on the event, go to: www.proud-ness.org 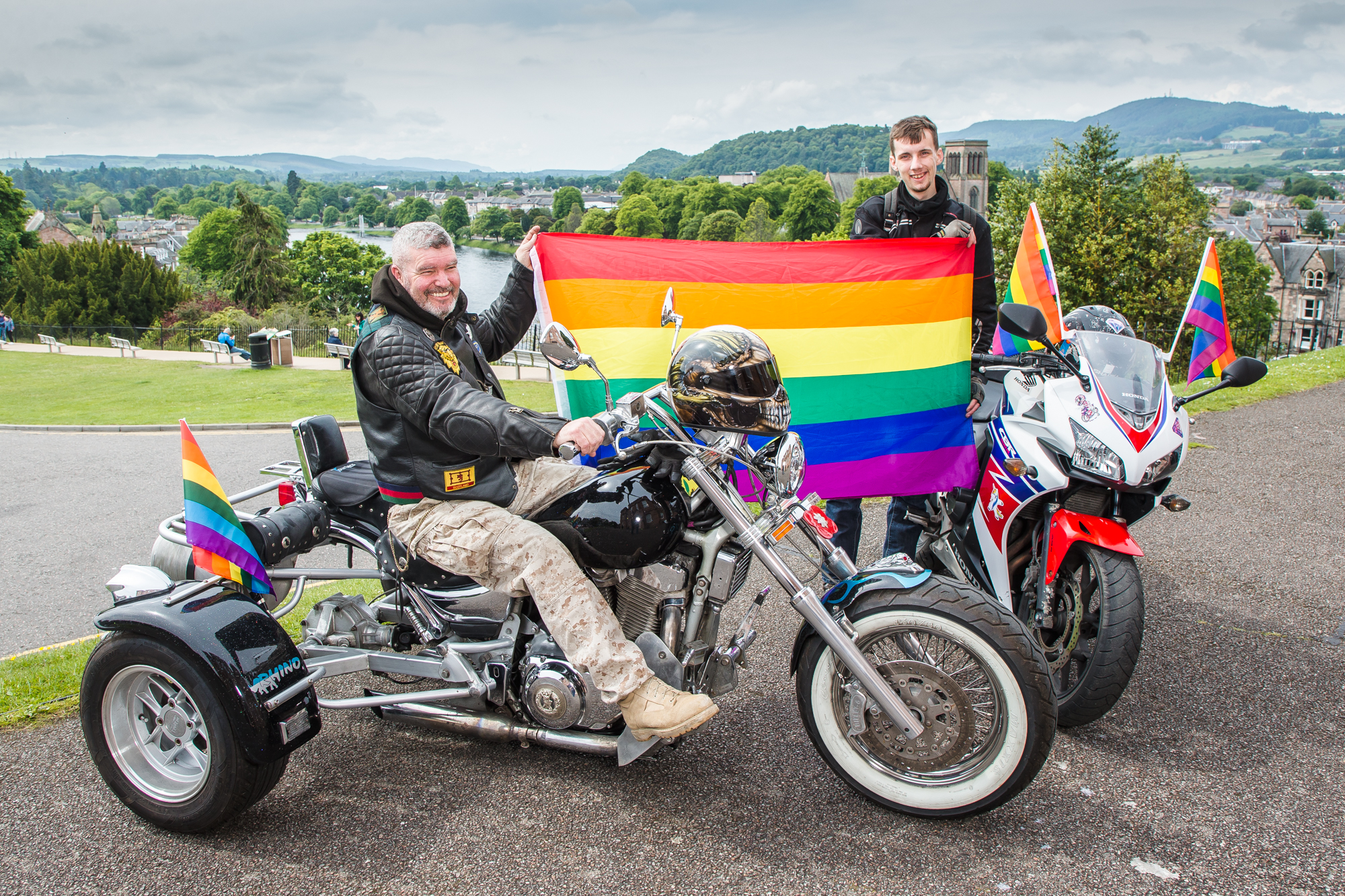 Proud Ness organisers have made a plea to motorcyclists to join the LGBT+ pride parade on Sunday 21 July which kicks off at 1pm. Bikers are wanted to lead the parade ahead of the thousands that are expected to march through the city centre towards Bught Park.

“We would be so honoured if local bikers joined us for this year’s Proud Ness parade – we want you to lead the parade from the front so dust off the old Triumphs, break out the brand new Ducati’s and BMW’s!”

The meeting point for bikers will be the Eastgate precinct at the bottom of Stephen’s Brae from 12pm with a 1pm start – those interested in taking part should email: info@proud-ness.org 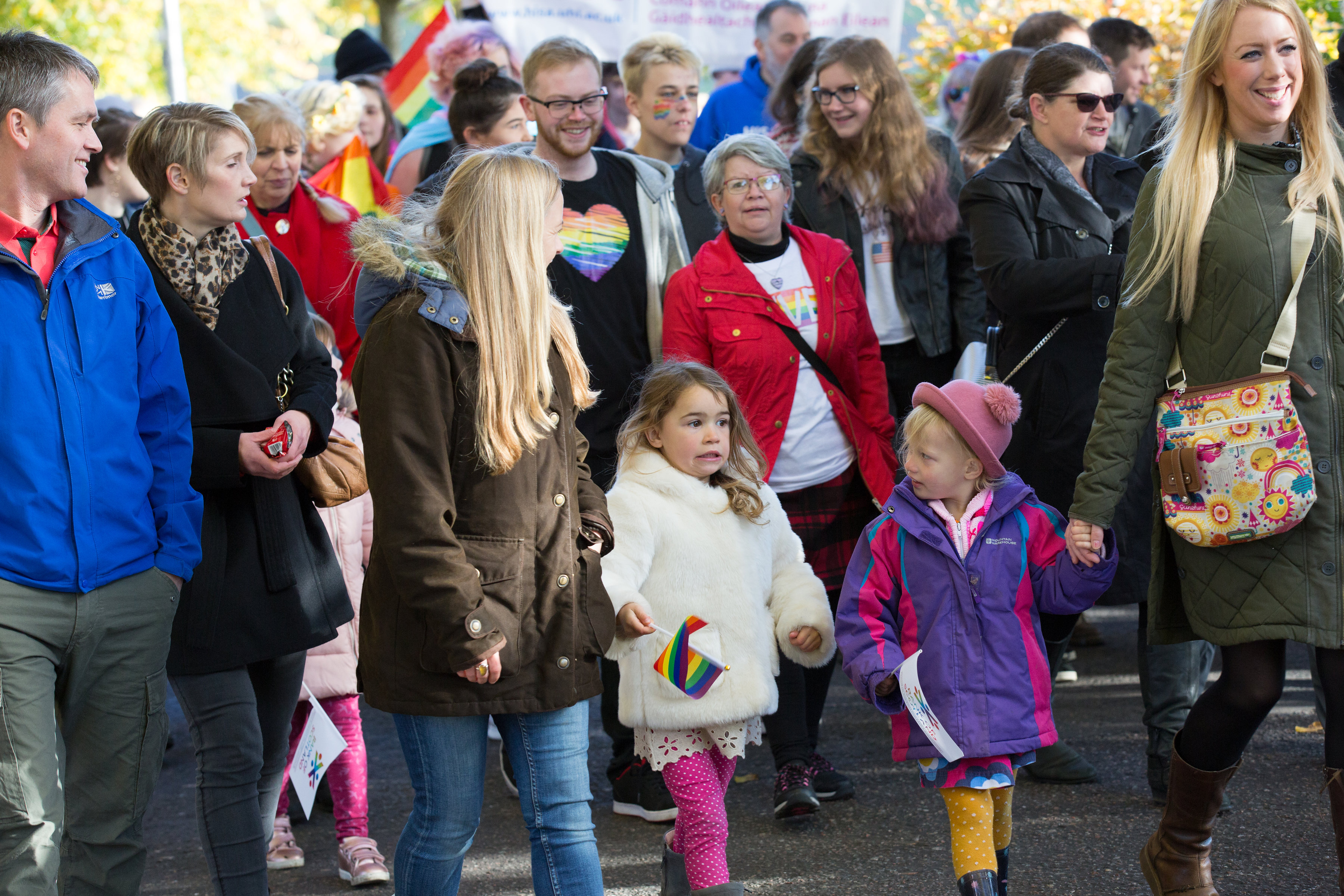 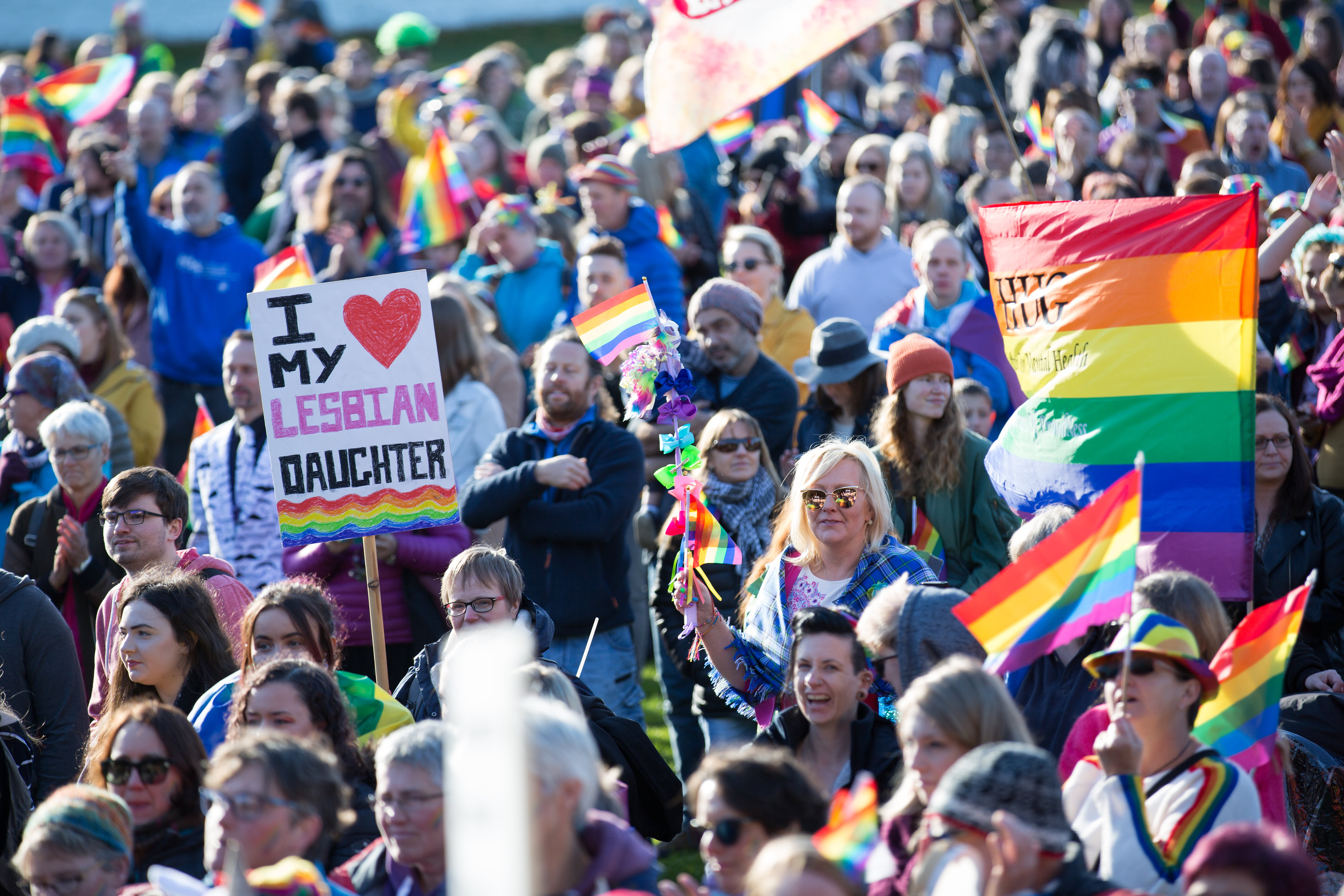 ‘We Are Family’ Theme Announced For Proud Ness 2019

Following on from the support last year Proud Ness organisers have announced a ‘family-focused’ theme to encourage families, friends, work colleagues and voluntary groups to once again join in on this year’s march on Sunday 21 July in support of the LGBT+ community.

“Last year Proud Ness was such a success because it wasn’t just the LGBT+ community who came out in support – it was family, friends, work colleagues, church groups, voluntary organisations and so much more! However, and wherever, people feel they belong can feel like family and we want to celebrate with you all again this year. Bring your aunties and your uncles, your pals, work colleagues, neighbours, local footie team…bring them all!”

To celebrate the theme, Highland Voices – a gospel choir based in the Highlands – will also perform Sister Sledge ‘We Are Family’ on the day during the speeches at Bught Park followed by ‘Freedom 91’ by George Michael with the hope that the crowds will join in too. 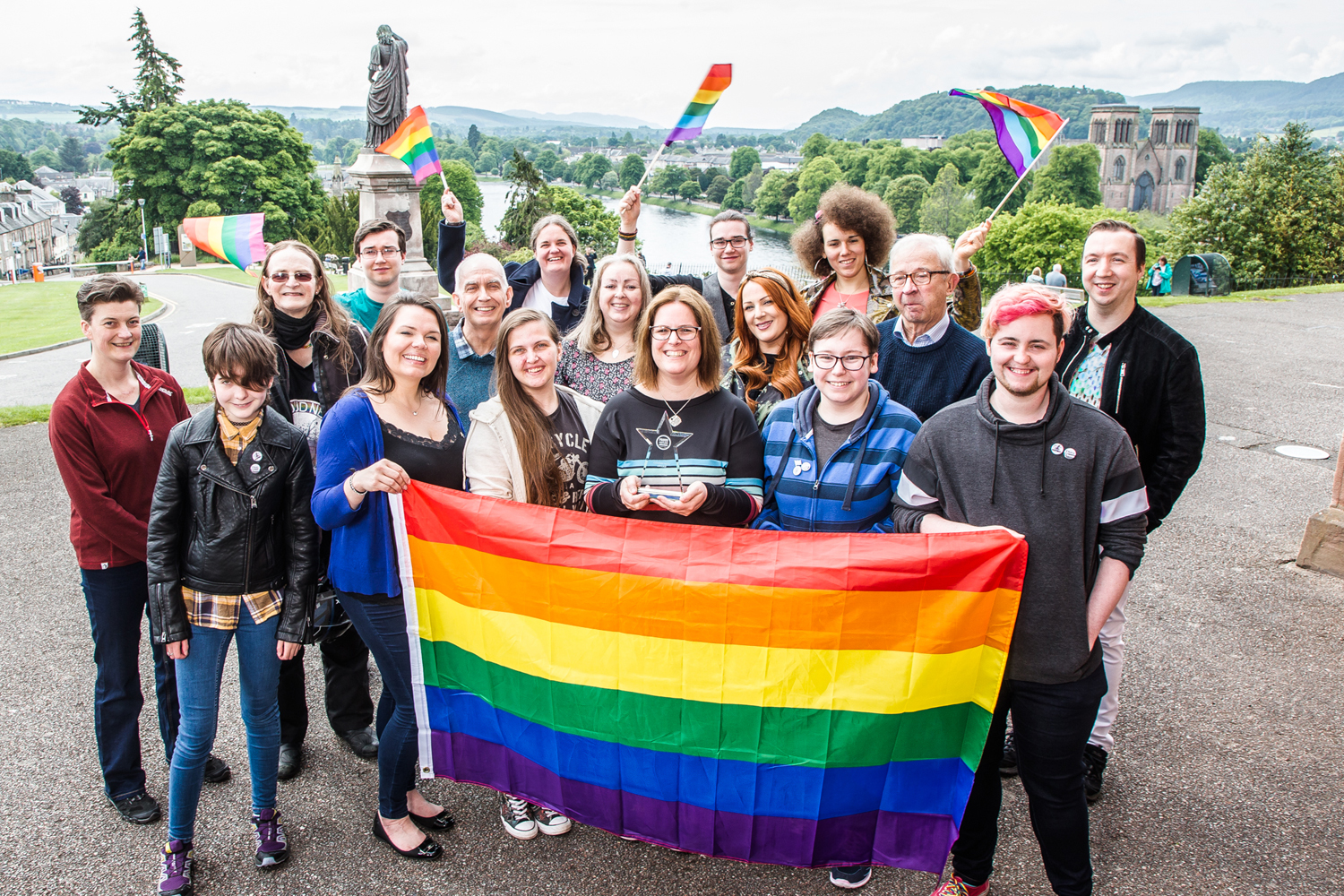 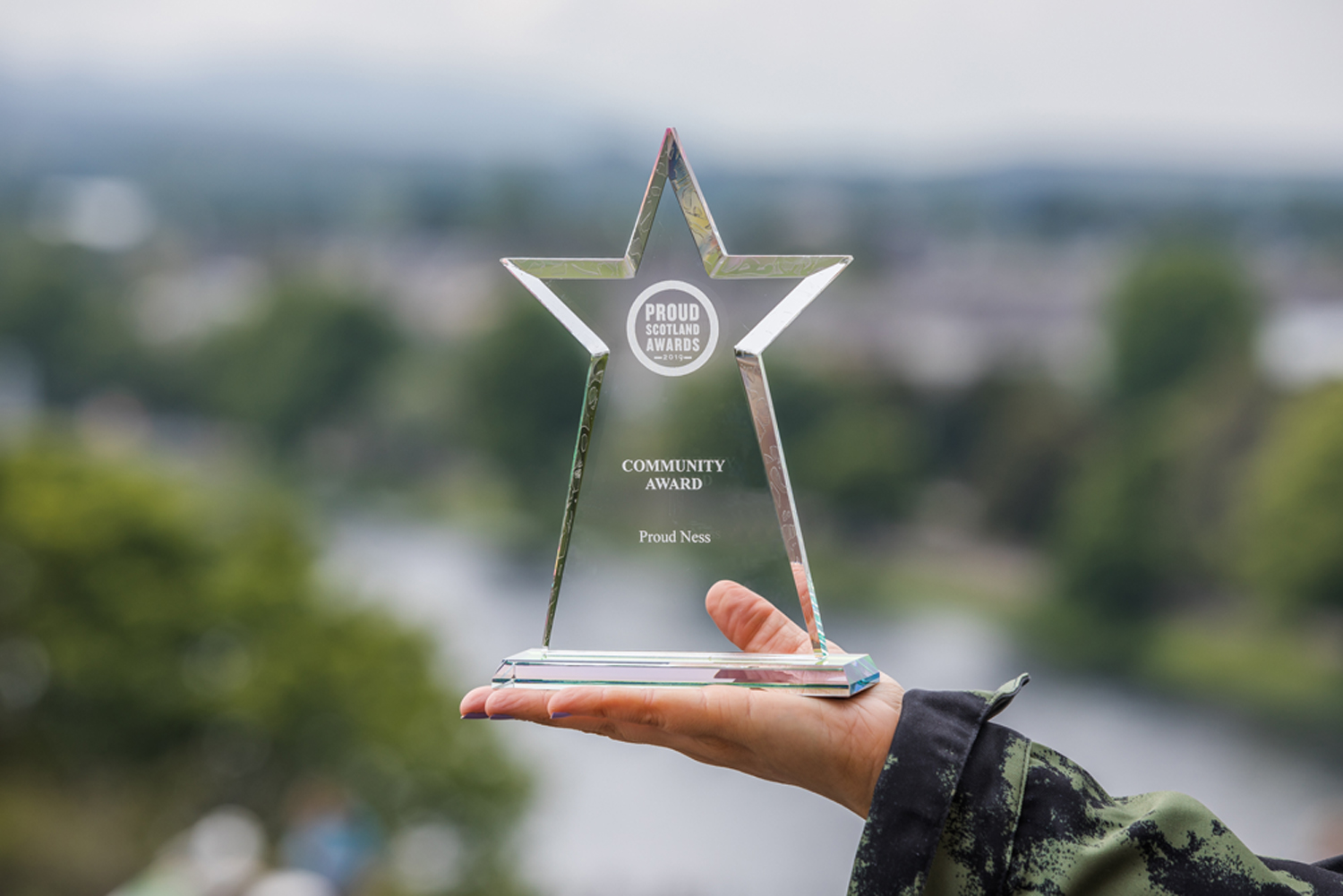 Proud Ness organisers and volunteers are celebrating after scooping the top prize in the community category of the Proud Scotland Awards.

The event, initially set up by the Highland LGBT Forum, aims to brings together the LGBT+ community and supporters to raise awareness of LGBT+ issues, to reduce isolation amongst LGBT+ people in Highlands, and to encourage inclusion and diversity.

The awards ceremony, held in the Hilton Glasgow, was attended by team members Melody Legge and Tony Carter. Networq Orkney were also nominated in the community category and UnDividingLines, an online LGBT+ magazine for the Highlands and Islands, picked up the arts and media award on the night making it a triple success for the north of Scotland.

Jess Taylor, Chair of Proud Ness, said: “We’re absolutely delighted to win this award so early in our journey as the main pride event for the Highlands! The award represents the work of both last year’s and this year’s team and is really a joint effort in providing the Highlands with a pride event we can be proud of!”

“For many of us, we can remember a time not so long ago when an LGBT+ event like this in the Highlands seemed an impossible dream…it’s amazing to know that we have the support from the local community, businesses and The Highland Council in making this an annual celebration.” 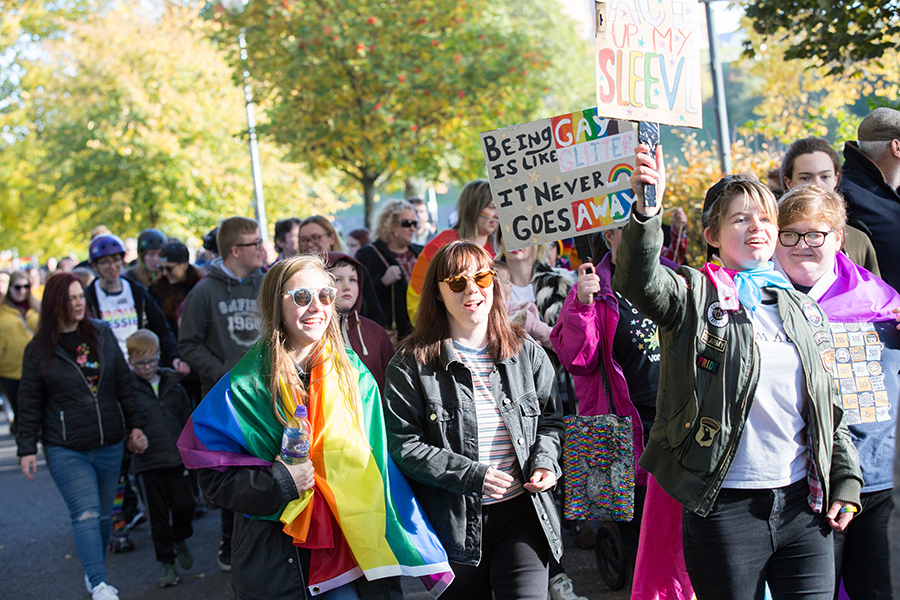 We are delighted to announce a summer date on Sunday 21 July for this year’s Proud Ness in Inverness! This will be the second free large scale LGBTQ+ event for the Highlands with a parade through Inverness city centre to Bught Park where there will be information on offer from different organisations which serve the LGBTQ+ community, speakers, and music from Inverness Gigs under a large marquee. There will also be a funfair, inflatable city for children, and food and drink stalls.

The event has been organised by the Highland LGBT Forum whose aims are to raise awareness of LGBTI+ issues, to reduce isolation amongst LGBTI+ people in Highlands, and to encourage inclusion and diversity.

Jess Taylor, one of the Proud Ness organisers said: “We’re delighted to bring Proud Ness back to Inverness and we’ve taken on feedback from last year’s attendees by moving the date to a summer month. We really hope that we can top the number of people coming along which was estimated at nearly 6000 attendees! Please bring along your friends, your work colleagues, your granny…there really will be something for everyone on the day!”

Proud Ness, taking place on Sunday 21 July, will be one of the top featured attractions at this year’s Inverness Gala Day. The Proud Ness party, following the march, will be located in and around, the Gathering Tent with additional entertainment provided by four of the Highland’s top young bands taking part in the Inverness Gigs Showcase. The day will also feature Ruff Ness dog event, Well Ness show, and Exclusively Highlands Craft Fair and Traders Village. Inverness Gala is organised by the Highland Council Events team who have been working closely with Proud Ness organisers to provide a large outdoor space to accommodate and entertain the thousands of crowds predicted to take part.

Please Get In Touch…

Send us a message if you would like to know more about us, or if you need more information.