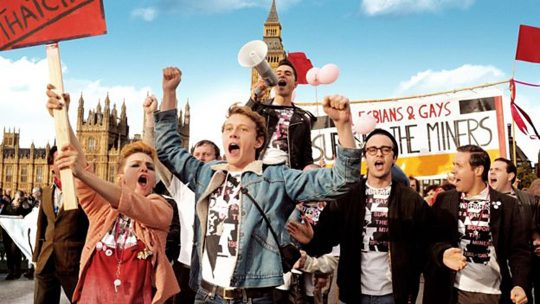 Thanks to the generosity of our lovely friends at Eden Court sharing the screening costs with us we are offering a FREE film screening of Pride (15).

MORE INFORMATION ABOUT THE FILM:
In the summer of 1984 Margaret Thatcher is in power and the National Union of Mineworkers is on strike. At the Gay Pride March in London, a group of gay and lesbian activists decides to raise money to support the families of the striking miners. But there is a problem. The Union seems embarrassed to receive their support. And so begins the extraordinary story of two seemingly alien communities who form a surprising partnership.